Animation is created by moving a sequence of images rapidly. It is a type of illusion created because of the persistence vision of the eyes. Among different types of animation presently 3D animation has evolved with the help of advanced software and technology. For creating 3D animation the data stored in computer in form of 2D geometric data is used. Different usage of 3D graphics or animation is in cartoon films and 3D models. 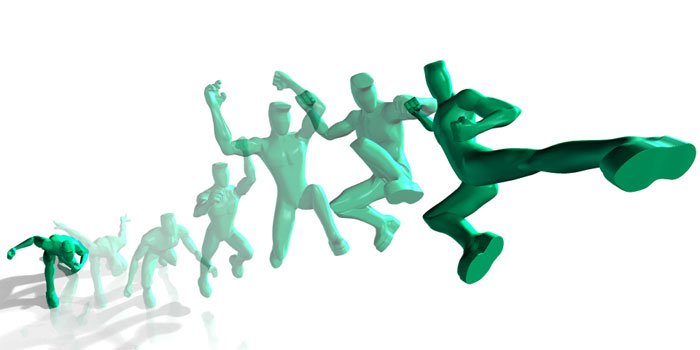 How Does Animation Work

The basic principle behind animation is same for every type of animation that is in it a rapid sequence of images are displayed that are slightly different from each other. Thus, before your eyes an illusion is created that the objects are moving.

Earlier 2d animation was created with this concept but now it has changed. Now, there is different software with the help of which animated figures are drawn and then displayed. The basic difference between 2D and 3D animation is in its dimensions and the steps that are involved in making the.

At first the concept is developed and then storyboarding is done. It is the process through which visual representation of the actual story is done. It consists of a series of images or illustrations that are presented in a sequence to understand the animation. It is a tedious process and makes the base of development of 3D animation.

The second phase in animation is 3d modeling where mathematical models are developed from any surface of the three dimensional object. This is done by a process called 3D rendering on 2D objects. Model creation may be done automatically or manually. If it is done manually then an artist sculpt the models.

Before the objects are rendered they are placed with a scene the process of which is known as layout. This process helps in deciding the spatial and physical interaction between the objects. Then through motion capturing and keyframing the movement of the 3D objects are captured. During this process it is necessary that a realistic feel is provided to the viewers and thus the lights and cameras are positioned to give that feel.

It is considered as the last step towards creating the illusion that results in 3D animation. For this there are complex interactions from different light sources that have various intensity. The lights are positioned at different places so that the desired effect is received. Rendering is generally done with the help of software.

Finally the visual effects are crated where computer generated static imagery is combined with live action footage so that the end result is a realistic looking animation. Earlier this was part of film making; now they are available in animation software.

Thus, 3D animation is just not designing certain images and then displaying them to create illusion. It is much more than that which starts from planning to post production work.